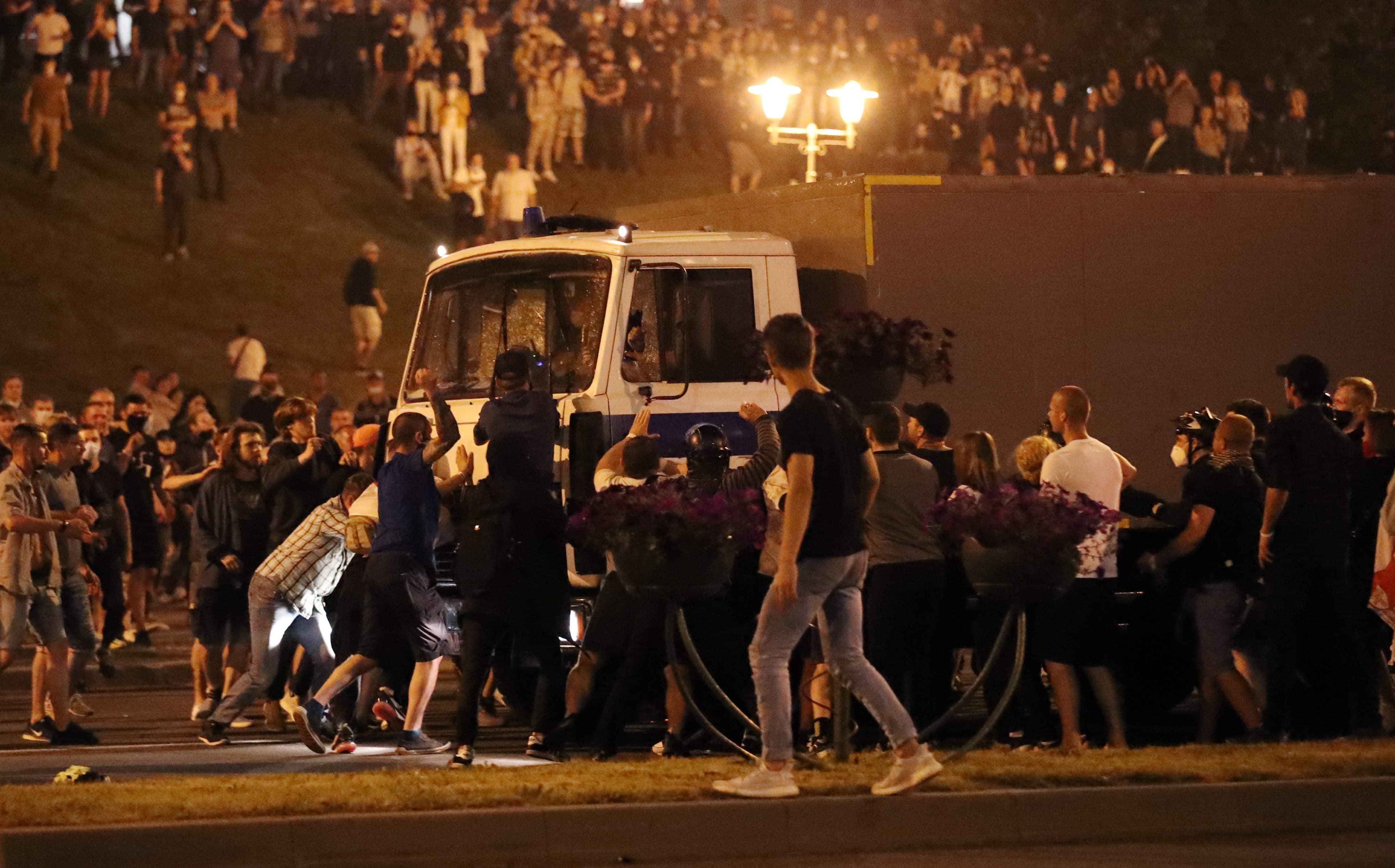 Thousands took to the streets across Belarus on Sunday evening, to protest a state-TV exit poll saying long-time leader Aleksander Lukashenko has won a landslide victory in the country’s August 9 presidential elections.

The country’s Central Election Commission (CEC) said on Monday incumbent president Lukashenko had won more than 80% of the vote, while his main rival, Svetlana Tikhanovskaya, who had reportedly won at a majority of polling stations, had only gathered 9.9%.

The announcement came amid accusations that thousands were not allowed to vote, and that exit polls and official results from CEC have been rigged.

The figures released by CEC have led to violent clashes in the capital, Minsk, with videos circulating on the web showing police forces cracking down on demonstrators. Police reportedly used stun grenades, rubber bullets, tear gas and water cannon, while at least one demonstrator is reported to have been killed.

The violent crackdown on protesters has been slammed by the European Commission chief, Ursula von der Leyen, who said that “harassment and violent repression of peaceful protesters has no place in Europe.”

Harassment & violent repression of peaceful protesters has no place in Europe.

Fundamental rights in #Belarus must be respected.

I call on the Belarusian authorities to ensure that the votes in yesterday’s election are counted & published accurately.

EU Council President, Charles Michel, also tweeted that “violence against protesters is not the answer,” and called for the protection of fundamental human rights.

On Monday, Lithuania’s ambassador to the EU, called on Europe to declare Belarus presidential vote a fraud and to support those “fighting for the right to vote.”

#Belarus is #EU neighbourhood. It’s a #European duty to call a fraud a fraud and to support those brave men & women today in 2020 fighting for the right to vote. In #FairElections we trust✌️ https://t.co/BfOfjR3oAO